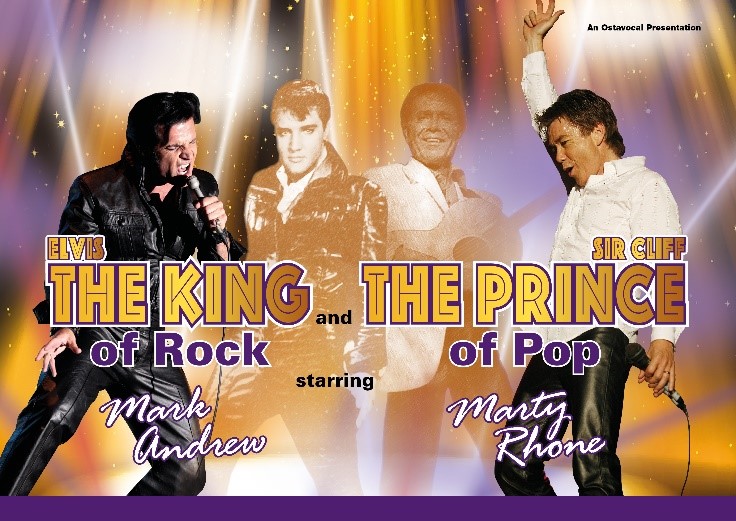 For more than a generation they were the two biggest rock stars on the planet. Today, they remain two of the biggest recording stars in music history.

Elvis was KING and Cliff Richard, England’s answer to Elvis, became the PRINCE and was duly knighted to become Sir Cliff.

Australian music legend Marty Rhone is a master when it comes to singing Cliff and Mark has performed on every continent as Elvis. Together they bring you an unparalleled night of music magic.

This is the first time these two legends and their music will be presented on the same stage.

So, lords, ladies and gentlemen, get ready for the The King of Rock and the Prince of Pop.